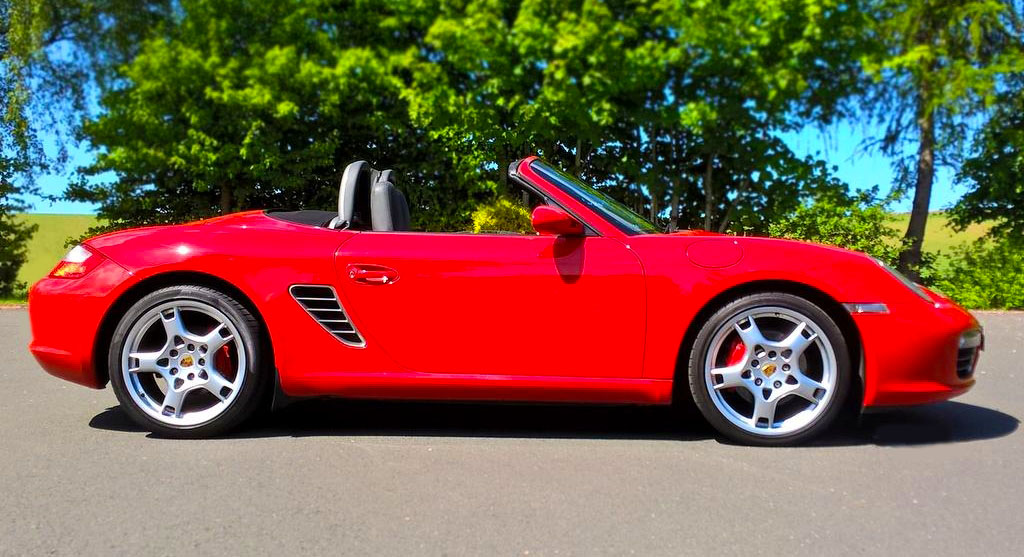 We’ve seen an influx of convertibles recently at Chichester Cars Ltd, given that our humble island has been receiving something akin to the climate in Cyprus of late. It got us thinking about the best convertibles for those of us on a slightly tighter budget. Of course, where convertibles are concerned, you can quite easily source them for over the cost of a five-bedroom house in the Sandbanks district, but that’s not what we’re focused on here.

So here it is, our rundown of the top 10 soft tops for under £10,000 of your hard earned pound sterling.

Should this really be at number ten on our list? Yes, we’re sorry, but you cannot look more stylish than in an Alfa Romeo. It’s very underpowered for its’ engine size, it doesn’t handle particularly well (although our pick is a Q4, so not quite as bad), but you can drive this car, with the top down, looking very, very Italian, and not at all like a pillock, as you would do in some of the cars we see, (and some on our list). Our pick is a 3.2 V6 Q4 JTS manual, with 56,150 miles on it, lashings of leather, and a hell of a lot of style. All you’d be missing is the Tuscan hills, and some Gelato. 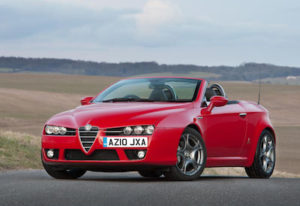 Nothing says class like a Jaguar, and albeit a bit ‘old-man’ish, we’ve found an Indigo Blue ‘R’ version with a 4.0 litre Supercharged V8 with 72,000 miles on it. It only has part service history, but a big service at a main dealer would certainly pull it up to scratch. It’s a sumptuously comfortable way to cruise around the countryside. A little ‘wallowey’ in the corners, but that’s not really what this car is for, is it? 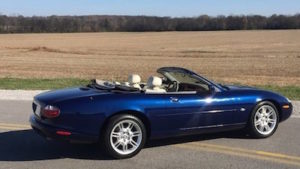 Mercedes-Benz are not for everyone, but there’s no denying that this convertible brute packs a heck of a punch. No, it’s not an AMG, we know that, but it’s certainly preferable to an SL350, with a smooth yet grunty V8 that’s full of bass, we feel it probably deserves a place here. We’d also point out that this sleek Grand Tourer, with it’s folding hard-top and panoramic glass roof, punts out 382bhp – which will certainly outrun the local ‘oik’ in his Corsa. 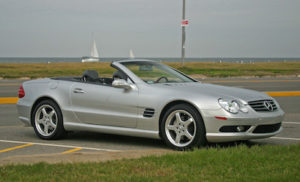 We were genuinely surprised by this. The fast Audi two-seater, equipped with 268bhp and a 5.6 second 0-62mph time? Yep, it’s there, three times in fact! Our pick here is equipped with Satellite Navigation, heated seats, Bluetooth, flat bottom steering wheel, and of course, the all important Mag-ride. Yes it’s done 84,000 miles, but owning an ’S’ model Audi is a statement to the world, and this particular vehicle had to end up on our list, even if we were a little surprised it did! 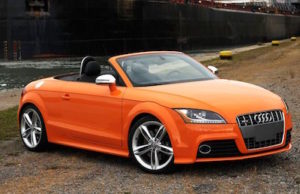 Not so long ago, there would have been quite a few of these available under £10,000; but now, prices of this, the most successful and famous of the M3 models, are seriously on the rise. Higher mileage examples are still just creeping in under the mark, but many are soaring over it. Our pick here is an SMG equipped (Sorry) convertible in Mystic Blue, with a light grey interior. It’s only covered 81,000 miles, so it’s not about to throw a world of issues at you, but always best to be wary. with a car like this. That being said, you can’t go too badly wrong with prices on the rise. 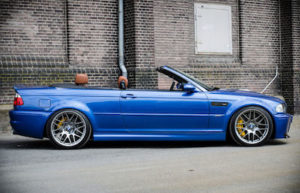 This was another obvious one. If you haven’t driven a 350z, get out and drive one. The sound of the 3.5 litre V6 (Yes, we know it’s French), is an absolute masterpiece. They’re also surprisingly well equipped for such a cheap alternative to the bigger gunslingers. As standard on the GT comes full leather, electric mirrors, heated seats, lightweight Rays alloy wheels, BOSE audio and an awful lot more. Our only criticism of the 2 seat roadster is it’s power. It always felt slightly underpowered for the size of that V6. That however, can be solved with our pick of the bunch: a Vortech Supercharged 350z, with a whopping 412bhp. That’s enough to give some very fast cars a scare. 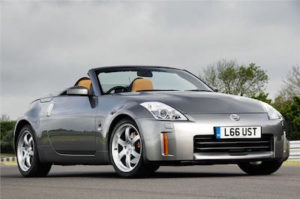 Okay, so anyone could have predicted this. It’s difficult to argue with, on the basis that it’s the best selling Sports car of all time. We found a beautiful selection online, but the one that stood out the most was a superb 2.0i Soft top, on a 2010 registration, with a pitiful 33,700 miles on it. The 2.0 litre lump will propel you from 0-62mph in a smudge over 7.0 seconds. It’s not the quickest, but with that low centre of gravity, that short-throw gearbox, and for those of you who like to tinker, ‘easy to modify’ underpinnings, the opportunity for fun is endless. 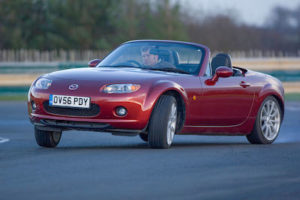 Another Audi, I here you say? Indeed! With good reason. This punchy Grand tourer could be one of the best all rounders on the market, despite being a fairly unpopular car, sales-wise. The Audi S4 Cabriolet powered it’s four adult occupants from 0-62mph in around 5.8 seconds, with the same 4.2 litre V8 that powered the famous B7 RS4, with a little de-tuning. It was both powerful and practical. It had a very decent boot, an all-wheel-drive system that meant it wasn’t flounced by a little snow or a muddy back road. Our only criticism of the Audi S4, was the miles-per-gallon, which one could liken to simply pouring a bucket of petrol out the window, whilst on the move. 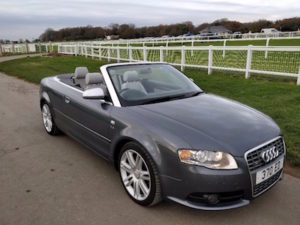 Here’s a curveball for you all. Hold on, before you all jump down our throats. There’s several very good reasons for this being on our list. For starters, the noise. Go on, try to find a more thunderous and aggressive sounding convertible for under £10k. Go on, we’ll wait. No? Didn’t think so. TVR is the out and out winner in the world of sports car purity; with no safety net, no driver aids, and no compromise. Everything about the TVR was designed to be ridiculous. There’s just no telling whether you’re going to make it to your destination. The car could simply decide it can’t be bothered, and lock all four wheels’ brakes up, plunging you straight into the afterlife. The TVR Chimaera makes it onto list, purely for the courage it takes to own and drive one. It’s also risen in value by approximately 60% over the last decade. Now that’s an investment! If you stay alive, that is. 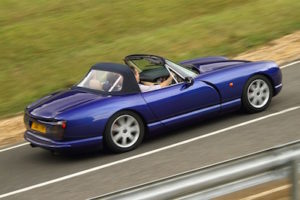 No surprises here, is there? A little more detail about our pick of the litter here. We found an 05’ third generation Boxster ’S’ with 70,000 miles on it. It’s not the highest specification one available, because quite frankly, that’s not what the Porsche is for. It’s a country roads car. Possibly the ‘ultimate’ country roads car, at that. Should you be sensible and acquire one of these, you shouldn’t be following a Sat Nav. You should simply drive, until you’re out of fuel. It’s a perfectly balanced machine, with a howling flat six engine, and the badge of one of the greatest manufacturers in the business, with pure perfection being their goal. The specimen that we found is bright red. True, it’s probably not the best colour, but with a little tinkering from our wheel shop and some gloss black powder coating, we reckon it could be a beautiful looking thing, with just the right amount of aggression. Our only criticism of the Boxster is that it’s possibly too good! So precise that sometimes it lacks an element of excitement, but then again, we’re nit-picking. It’s not the worst criticism, is it… 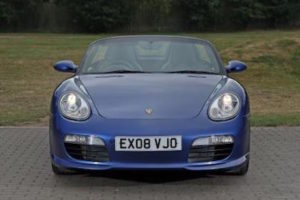 Unit 6 Woodruff Business Centre, Terminus Road, Chichester PO19 8PH
01243 527 555
info@chichestercars.com
Hide Message
WE ARE STILL OPEN FOR BUSINESS: Due to us working on a number of key workers vehicles, we have taken the decision to keep open and It is business as usual for us for all your accident repair and alloy wheel refurbishment requirements. We are following the government guidelines, Health and Safety is of paramount importance to us to ensure the safety of all our staff and customers.