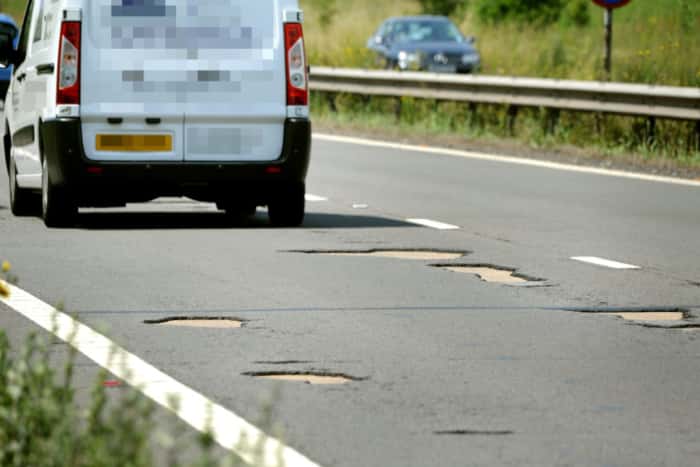 A Hole new level of problem

The pothole saga – getting a bit much?

Now, we’re not adverse to potholes, on the basis that we’re an alloy wheel refurbishment company, and quite frankly a small portion of our business runs on the damages caused by these caverns in the road.

What we do object to is the sheer volume of the potholes themselves, consistently recurring in the same places, even after the rare event of a repair. More than that, we object to the downright pointless and difficult process of claiming through the highways agency, the local council, and through the .gov.uk website.

A recent study showed that these craters are costing both drivers and insurers an average of £1,000,000 a month collectively. That’s not a small amount, is it. More recently than that, in March of this year, the Secretary of State for Transport, a Mr Chris Grayling, told the public that they will be presenting £100,000,000, dedicated for road repairs, simultaneously admitting that there hasn’t been enough spent on our roads over the last four decades. Another representative of the Department for Transport has been very vocal in their aim to provide the councils across England with a trifle over £6,000,000,000 to assist with improving the condition of our roads.

Now, that’s also not a small amount of money, and quite frankly, with that sort of spend available, why has it taken until now, a point when the average repair cost per person/insurance claim is circa £1,000? Obviously we’re here to help, should you be affected by pothole damage, but equally, should we have to be quite so frequently?

Unit 6 Woodruff Business Centre, Terminus Road, Chichester PO19 8PH
01243 527 555
info@chichestercars.com
Hide Message
WE ARE STILL OPEN FOR BUSINESS: Due to us working on a number of key workers vehicles, we have taken the decision to keep open and It is business as usual for us for all your accident repair and alloy wheel refurbishment requirements. We are following the government guidelines, Health and Safety is of paramount importance to us to ensure the safety of all our staff and customers.